For the Travelogues project, we have gathered more than 3,500 volumes of travelogues (including volumes containing travelogues among other texts), printed between 1501 and 1876, from the collections of the Austrian National Library.

We have defined a travelogue as

“a specific type of media that reports on a journey, which, if traceable, actually took place,” including different forms of accounts and text genres (see the upcoming publication of Doris Gruber et al. “Searching for Travelogues” and publications in Results).

Our dataset comprises accounts of travels, which auto-, bio-, and bibliographical resources prove actually took place. We thus exclude fictional travel accounts, though the distinction between fact and fiction might not always be clear, due to the lack of biographical information or the fact that every travel account encompasses, to a certain degree, fictional elements. In cases of doubt, we include the resource. Our dataset comprises all sorts of travel accounts, such as reports of scientific travels, diplomatic or religious missions, pilgrimages, mountain expeditions, as well as scientific reports on travel activities. Regarding the spatial extensions, the decisive attribute for our categorization of a text as a travelogue is a movement in time and space that has a starting point and leads the traveler outside of his or her familiar environment. Therefore, we include reports on a variety of journeys, ranging from minor ephemeral excursions through adjacent regions to voyages around the world. 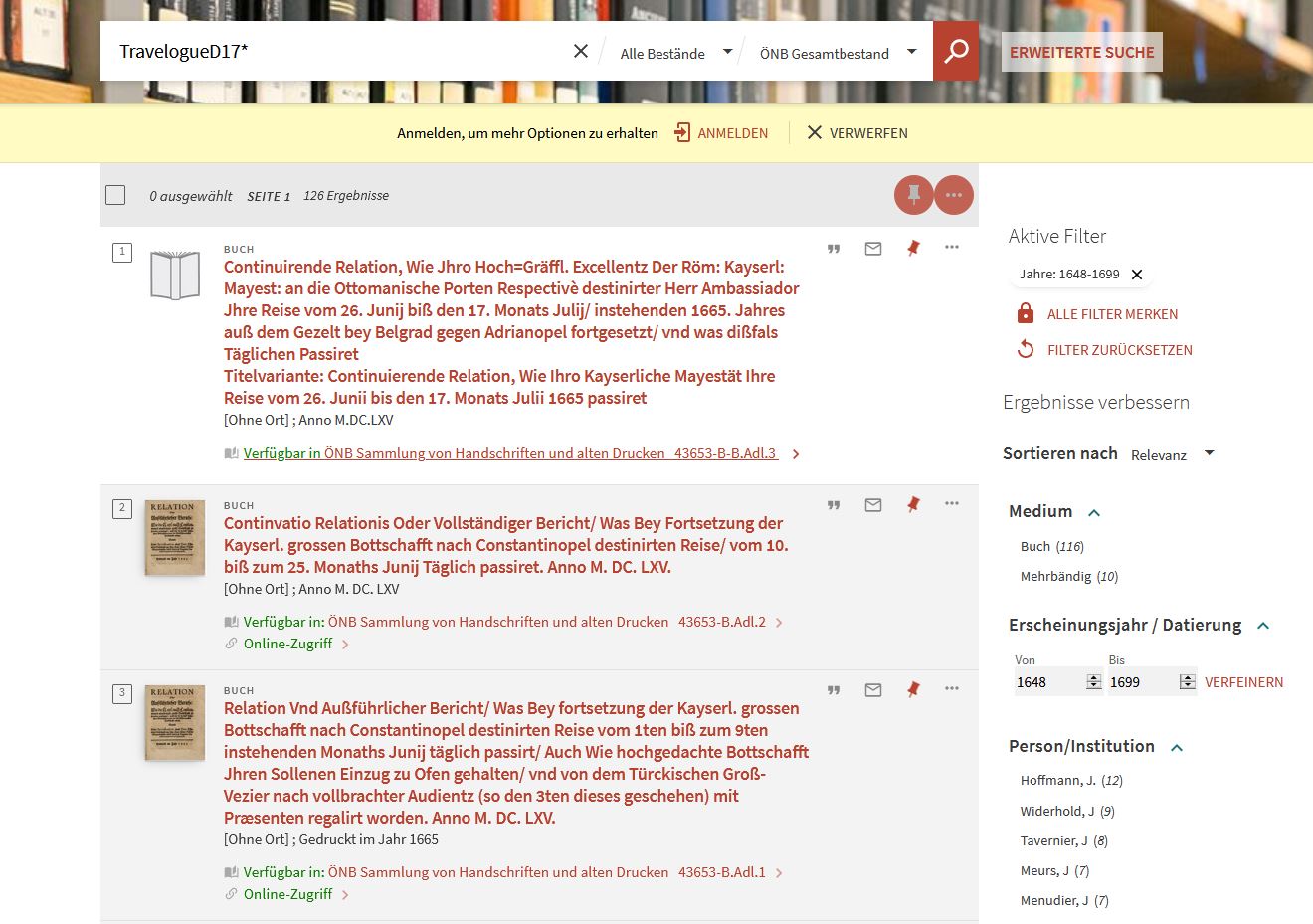 Each travelogue has at least one of the following geographical markers for continental regions visited during the voyage:

Our project focuses on travel accounts to the Orient (i.e., Ottoman \& Safavid Empires), which can be retrieved or filtered by adding the marker “Orient” to the search query.

The language of the bibliographical descriptions is German, and keywords for persons, places, or regions are only available in German. Persons and places of publications are linked to the GND (Gemeinsame Normdatei). All resources in our dataset have been described by applying RDA (Resource and Description Access) in the data format MARC21.

] Especially in the 18th and 19th centuries, collective volumes were very common. We offer compound descriptions for all travelogues (works) contained in collective volumes, which may be searched for by using the term “Zusammenstellung”. Different editions or adaptations of works refer to each other by the same work title (Werktitel), which according to RDA is usually the title of the first publication or the title under which the work is most commonly known.

By clicking on “Online access” (Online-Zugriff), you may view digitized items in a separate browser window, search OCR (Optical Character Recognition)-generated full texts, and download digitized images as a PDF. [

By selecting records of search results in Quicksearch and clicking on the red circle with the three dots next to the pin, you may also download bibliographical metadata in csv or xlsx format. 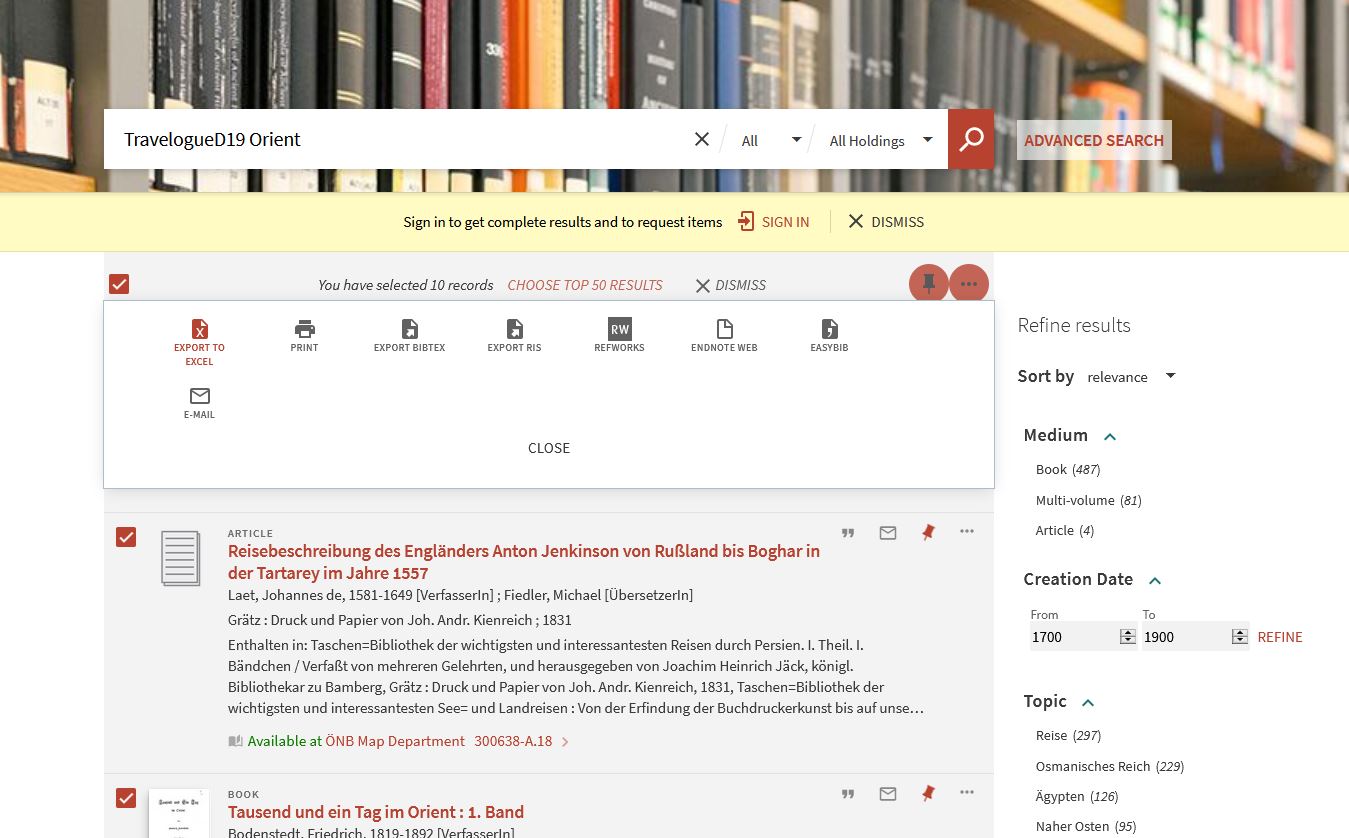 For more detailed metadata sheets, please visit our Github Repository or contact our librarian at martin.krickl@onb.ac.at.

Note: Read the follow-up-post on how to download images and fulltext for a single travelogue!